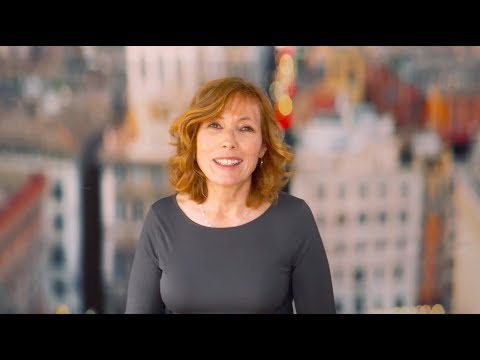 I’m going to go change the oil in your car. I just mowed the lawn for you.” Or if you’re working late, he’ll say, “Hey, let me pick up dinner tonight and bring it to you.” Or, “I’ll come get you.” My wife a couple months ago was driving home. The car got a flat. She called me. She goes, “Hey, no big deal.

That’s fine. They’re going to come and help out.” And I said, “No, I want to come and be with you and I want to help you.” And so I drove out there. The man making an effort saying, “I will come to you.” He will drive across town to pick you up. He will drive to where you are to take you out.

If you’re in trouble, he will drive to meet you. Those acts of service are ways that he’s actually saying “I love you.” The second kind of phrases that a man says when he loves you are quality time phrases. These are phrases where he’s trying to extend time with you, get as much time as he can with you. For example, if you go on a lunch date, he might say, “Hey, got any plans this afternoon?

Let’s go for a walk.” Or after you make love, he’ll say, “Hey, I want you to spend the night,” and he pulls you close. Or in the morning, after the morning when you wake up, he’ll say, “Hey, lets go get breakfast together.” He’s trying to extend the time with you. Now, there is a backfire to this that if a man overdoses on your energy, it’s kind of like a Thanksgiving dinner where you love Thanksgiving dinner, you love the food, you love that amazing time. But often if we eat too much of it, then we feel stuffed. You have to be careful, because a man who’s really in love with you might actually overdose on the time that you two have together, and you might feel him pulling away.

But him wanting to extend time with you, and allowing that time to extend to a certain degree, is a great, great phrase of him saying, “Look, I love you. I want to spend time with you.” The third type of phrase that he says that means “I love you” are words of affirmation. So you’ll be driving in the car and he’ll look over at you and he’ll say out of the blue, “Babe, you are gorgeous.” Or, “Do you know how beautiful you are?” Or he’ll affirm your greatness. 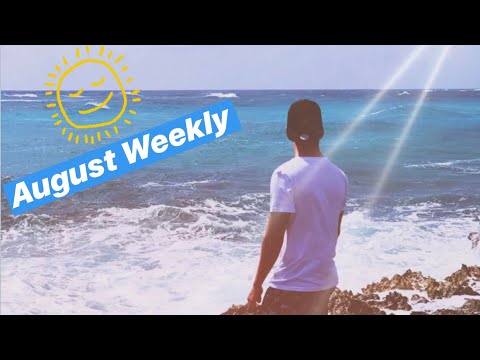 Let’s say you have a presentation coming up, or an important meeting coming up, and he’ll say, “Babe, you got this. You’re going to knock this out of the park. You’re going to do great.” Or he’ll even affirm the parts of you that you feel insecure about.

A story that exemplifies this that I absolutely love is, I know a gentleman who loves his wife’s stretchmarks, and she was actually telling me the story. She goes, “You know, I feel kind of insecure about my stretch marks, but my husband loves these stretch marks, and the reason he loves them is he says that these are my battle wounds. These are the the marks on me that demonstrate my courage, that demonstrate how brave I was to bring these children into the world, and so he will actually kiss my stretchmarks.” And that really sank into me. I said, “Wow, what a cool thing that he’s associated those marks with her bravery, her courage, her strength to bring these kids into the world, and that actually fuels the love that he has for her.” So when a man is actually affirming parts that you might feel insecure about, all of that is a great form of him loving you. Number four is giving gifts.

And so often what you’ll hear a man say in the form of “I love you” is him saying, “Hey babe, I got you something.” Or better yet, “Hey babe, I made you something.” You know, maybe he made you an amazing drawing of the two of you and your love together, like this. And actually, if a man brings home little things, sometimes the little things are actually a demonstration of his love for you. My sister actually told me a story about how her husband would bring her the small packs of peanuts that he would get on a plane, and he would get one for himself and he would ask for an extra one and bring it to her.

And at first she was like, “Honey, we have peanuts at the house. I don’t want this little bag of peanuts.” And it was a bit frustrating to her until she realized, “Oh wow, this is actually a form of him saying ‘I love you,’ is that when he’s away he actually thinks of me and grabs a little extra something, and brings it to me as a small token of his love for me.” So if a man is doing that, you can actually take note to say, “Oh, this is his way of saying ‘I love you.'” Number five is physical touch. One of the ways that men say they love you is actually through physical contact, physical touch.

And so he’ll come up behind you and squeeze you, and give you hugs and kisses, and say that you’re gorgeous. Or one of the things I loved about interviewing America’s greatest marriages, these couples who had been together 50, 60, some even 70 years, is that the men would even still pat their wife on the butt and say, “Hey, sexy, how are you doing?” She’s 85 years old, and that form of physical contact is his demonstration of saying, “I’m still attracted to you. I love you.” And number six, and this is a powerful way of actually showing love and saying love, are the words, “I’m sorry.” When we are willing to take ownership for our side, when we are willing to actually admit a wrongdoing, or he’s wanting to build connection with you, he’s willing to say, “I’m sorry,” he’s willing to validate your feelings, he’s willing to say, “I hear you. I understand your side,” and he’s willing to say, “What can I do to make this better?” All of those phrases are forms of loving you. And number seven is the phrase “I love you.” But notice this phrase.

This phrase has a little asterisk next to it, and the reason I put the asterisks next to it is because it’s not enough to actually say the words “I love you.” It really is not enough to say any of these words if they’re not actually backed up with action. The most important aspect are that his words and his actions align, because anyone can say that they love you, but is he demonstrating it? In researching America’s greatest marriages, one thing they all said was that love is not a feeling. Love is not just a word. Love is a verb.

Love is an action. So how are you demonstrating this? So what you really want to see is, are his behaviors and words in alignment? Now, I actually have one bonus phrase for you.

One surprise bonus. I told you I was going to give you seven phrases. I actually have eight for you.

And the eighth phrase is, “I have a surprise for you.” And the reason it’s a surprise bonus is because the phrase is “surprise.” Because we know that surprising you is a way that can bring you joy, is a way that we can bring you happiness, is a way that we can actually demonstrate love. So if your man says, “Hey honey, I’ve got a surprise for you,” or, “Check out the surprise that I brought for you,” the effort to actually surprise you with something is him saying, “I love you.” So I would love to hear from you, what are the things that a man says to you when you feel most loved? Put that in the comment section below.

And if you’re not subscribed to this channel, take a moment, click subscribe, click the little notification bell, because this channel’s mission is increasing love in the world one heart at a time, and so thanks so much for watching. I appreciate you, and I’ll see you soon.